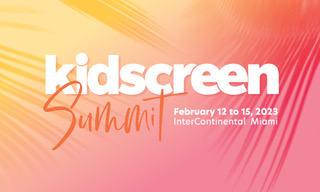 Building on their lifelong careers in comedy, super-duo Samantha Bee and Allana Harkin are breaking into the kids business with Best Day Ever, a new live-action series concept featuring sketch comedy for kids. But it’s not just about the laughs. As veteran actors, producers and writers, Bee and Harkin know firsthand how valuable improv skills are in everyday life for all ages, from first impressions and big presentations, to being a great team player in the classroom, schoolyard or family. And they’ll also discuss how fostering creativity, imagination and a great sense of humor can help kids learn to express themselves in more positive and effective ways. 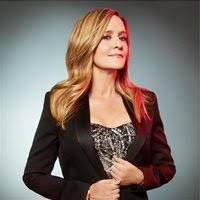 Samantha Bee has established herself as having one of the most unique and sharp comedic voices on television. From 2003 to 2015, she was part of Comedy Central's The Daily Show's "Best F#@king News Team" as a regular correspondent. And in 2016, she received global recognition for the success of her own weekly late-night comedy series, Full Frontal with Samantha Bee, which ran for seven seasons on TBS. Bee now runs a production company called Swimsuit Competition that she co-founded in 2018 with Full Frontal producer Kristen Everman in order to create inclusive scripted and and documentary television. She also hosts Full Release, a podcast featuring in-depth conversations with the best and brightest people about how to navigate the ever-changing world and what to laugh about along the way. 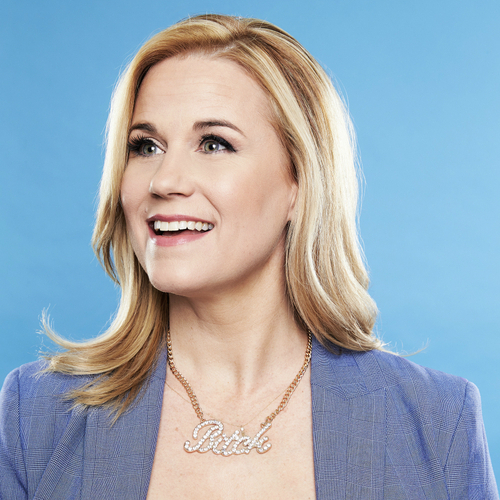 Allana Harkin is an Emmy-winning director, writer and on-air talent who is most well-known for her work as an executive producer on Full Frontal with Samantha Bee. During her six years working on the show, Harkin starred with and directed stars like Sigourney Weaver, Allison Janney, Mark Hamill, Jon Stewart, Jimmy Smits, Molly Ringwald, Jon Cryer, Matthew Broderick and Steve Buscemi.Most recently, Allana directed several episodes of Amazon series The Popularity Papers (based on the books), and she also wrote and directed the short film The Godmother, starring Lauren Ash.

Duncan Wardle is the former head of innovation and creativity at Disney. And one of the first questions he likes to ask people is: Where do you get your best ideas? In the shower? (Yes.) Out walking? (Yes.) At work? (Not often enough.) That’s something he’d like to change. 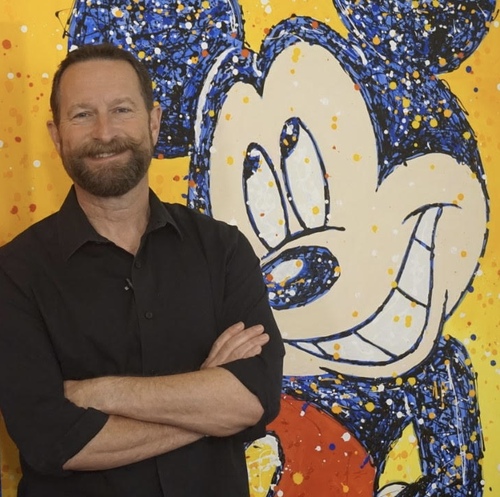 With a rapidly changing media landscape just outside our office doors, Duncan will kick off Kidscreen Summit 2023 with a keynote presentation full of inspiring insights on how to foster an innovative culture in the workplace that puts creativity first—even in challenging business environments. There’s no better time to double down on these principles: Bob Iger’s back in charge at Disney and wasting no time in charting a course back to creative excellence.Who better to show us what that’s likely to mean and how we can position our own businesses to join the journey than the person who kept the media giant on the creative cutting edge during some of its most innovative years? As Head of Innovation and Creativity at Disney from 2011 to 2017, Duncan and his team helped Imagineering, Lucasfilm, Marvel, Pixar and Disney Parks to create magical new storylines and experiences. He now brings his extensive Disney expertise to audiences around the world using a unique approach to design thinking that teaches people how to capture unlikely connections, leading to fresh thinking and disruptive ideas. Duncan is a regular TED speaker and contributor to Fast Company, Forbes & the Harvard Business Review. He also teaches innovation master classes at Yale, Harvard and Edinburgh University.

Iconoclasts in their fields. Barrier-breakers. World-changers. We are thrilled to announce that Kidscreen Summit 2023 will present a powerful keynote dialogue featuring actor, producer and author Sonia Manzano, and iconic ballet dancer Misty Copeland. What does one of kids TV’s most notable trailblazers have in common with a world-famous African-American ballerina? Both are the creators of new animated series that showcase a world they never got to see reflected on screens when they were growing up. 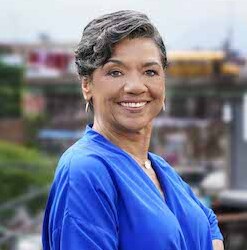 A Lifetime Achievement Emmy Award winner for her portrayal as “Maria” on Sesame Street, Manzano is the creator and an executive producer of Alma’s Way, an animated series about a proud Puerto Rican girl from the Bronx who models critical thinking for preschoolers. 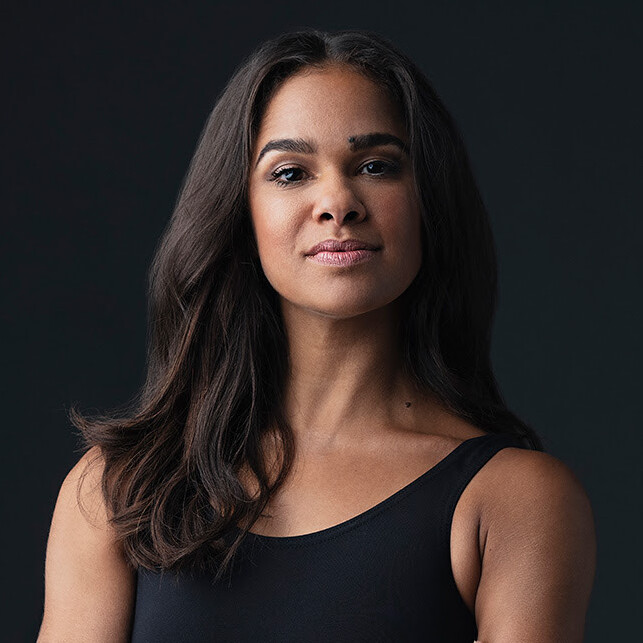 Meanwhile, Copeland is the first African-American woman to be named a principal dancer at the prestigious  American Ballet Theatre. An author of two kids books—and a new mother—Copeland is just starting her journey in children’s TV with an animated series inspired by Stravinsky's The Firebird, her first lead role in a classical ballet and the title of one of her most popular books.

The Kidscreen Awards are shaping up to be a little more fabulous this year!

Announcing and celebrating the winners of our annual Kidscreen Awards is always a major highlight of the Summit. But this year’s ceremony and after-party promise to be even more unmissable, with colorful co-hosts Fay Slift and Fluffy Soufflé running the show. 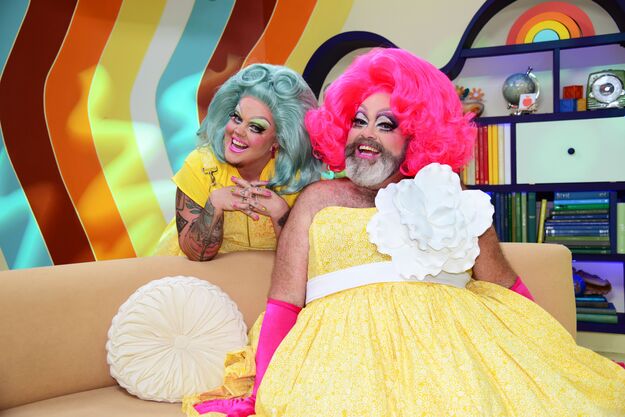 These talented drag performers and child educators star in The Fabulous Show with Fay and Fluffy, a storytime cabaret variety series for preschoolers that’s produced in Canada by Lopii Productions and currently airing on WildBrain Television.

JP Kane (Fay, pictured right) and Kaleb Robertson (Fluffy, pictured left) have been doing drag storytimes since 2016, both at home in Toronto and on the road. Their brand is all about inclusivity, love & kindness and the magic of books—with plenty of songs and silliness to keep it entertaining.

We’re so excited they’ve agreed to help us fun things up in Miami next February. Along with our friends at the Canada Media Fund, a longtime sponsor of the Kidscreen Awards, we look forward to welcoming all Kidscreen Summit attendees to see Fay and Fluffy shine on our main stage.

Stay where all the action is!

Looking for the most convenient accommodation option for your Kidscreen Summit trip? Nothing can top staying in the actual venue where the event is taking place.

Ranked #1 in the city by TripAdvisor, the InterContinental Miami is a thoroughly modern four-star hotel located on prime downtown waterfront. Its attractive features include breathtaking views of Biscayne Bay, spacious and well-appointed guestrooms (with 24-hour room service and minibars), an on-site Starbucks, a state-of-the-art fitness center, a full-service spa and a heated outdoor pool and sundeck.

The hotel is also just minutes away from South Beach, the Miami Design District, American Airlines Arena, Coconut Grove’s bohemian village and the many galleries, restaurants and boutique shops in Coral Gables. 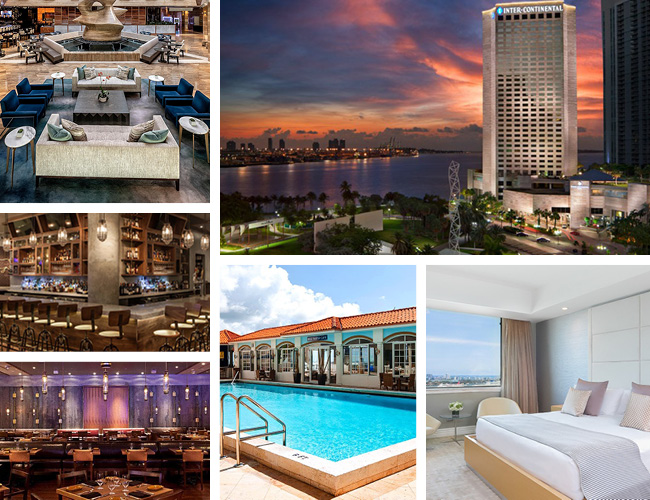 REMINDER! The event dates are Sunday to Wednesday this year

Our block of hotel rooms at the InterContinental Miami is pretty much sold out, but inventory may still open up due to cancellations, so we do recommend that you keep checking on availability by using this link or call the hotel directly at +1-305-577-1000  In the event that you prefer to book elsewhere, here is a list of hotels within close walking distance that seem to still have rooms available through Expedia:

Thank you to our Delegations & Sponsors!